Alexis talks to you. Alexis follows you and accompanies you. Alexis advises you. Alexis watches over you. Guardian angel or puppeteer, from place to place, Alexis asks you about your behaviour: Do you prefer early morning or late evening? Tea or coffee? Fairies or witches? But little by little, Alexis goes off the rails, inviting you to take the side roads, to dream, to be illegal. At the end of the road, the answer awaits you. Perhaps. Unless the answer is in your hands, in the depths of your consciousness, in what you decide to do with this singular experience.

The Celestial Eye is an ambulatory work, dedicated to the public space. Its operation guides the spectators through a multimedia platform via their telephone. The objective is to propose an immersive experience on the theme of generalized digital surveillance. Its vocation is to make participants wander along a route, giving them regular meeting points where they can discover the story and the main character who guides them. The use of the telephone and the multimedia platform finds its place in the subject developed: the control, social regulation, and rating of populations through technology, currently in place in China and ready to be potentially used worldwide. The intention of the show is for everyone to take a step back from the data that is collected.

A glimpse of our Franco-Chinese creations

This is the story of a young Franco-Chinese couple, he is a painter and she is pregnant. It is the story of an intercultural relationship and the confrontation of two cultures. How one pursues his dream of being an artist and how the other has to face the hazards of life. After planning common dreams, they find themselves on the side of the highway in a tent, both destitute and without money.

This show is a living sound entresort but also a technological one as the solution of the enigma will be given on mobile phones. 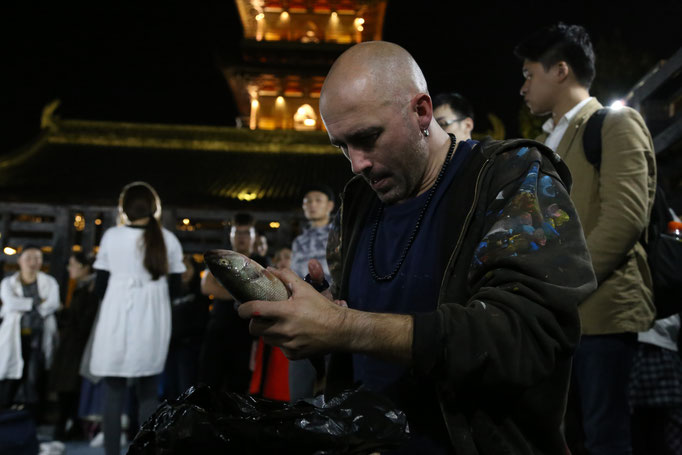 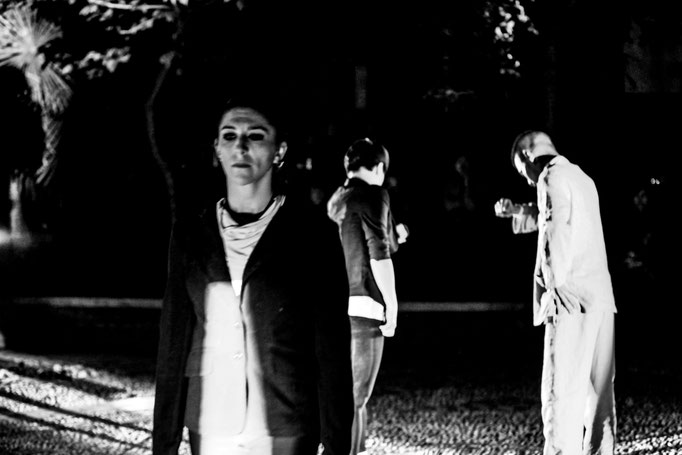 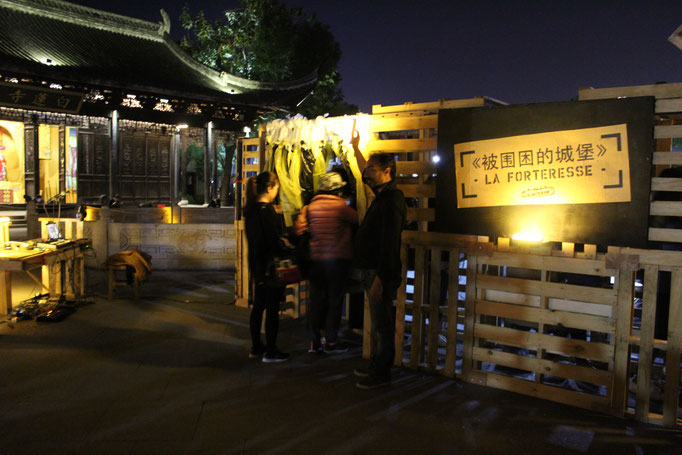 Chinese Interference  is a wonderful opportunity for two cultures with radically different theatrical traditions and practices to meet. It is the confrontation of two forms of street theatre: that of Ilimitrof, nourished by its artistic approach and its creative experiences, and that of the traditional province of Guizhou. It is a work undertaken in mixed teams on the theatrical codes of Chinese theatre and the specificities of Western street theatre.

The theatre of the Guizhou province is a traditional theatrical form that can leave the usual stage space. It becomes a real "street theatre". Built from improvisations on the basis of codified frameworks, it approaches both popular contemporary narration and mythological tales. It also borrows from the Dong and Miao minorities (ethnic groups of this region) in the form of songs and dances.

On the basis of a common theme, that of marriage and family, the Chinese and French teams, in turn in residence in each other's countries, create original shows together, far from a simple juxtaposition of the particularities of each. 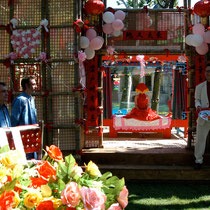 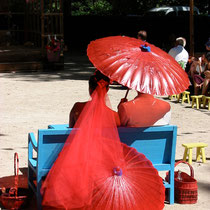 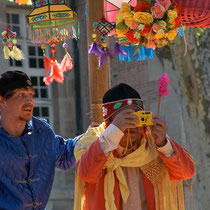